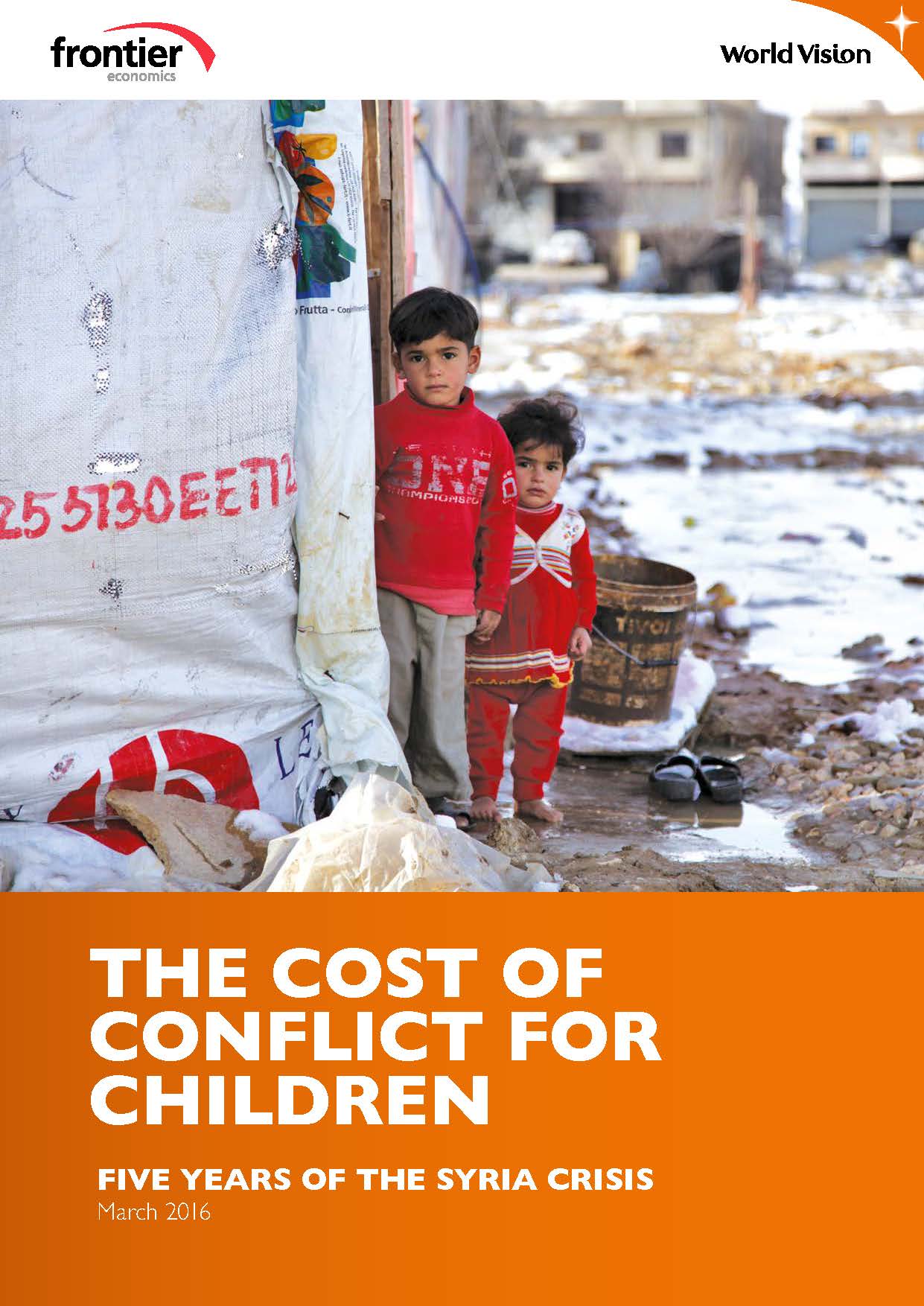 The cost of conflict for children

Five years of the Syria crisis.

The cost of conflict for children, March 2016

As the conflict in Syria enters its sixth year, at least 8.2 million children have been affected by conflict across the region. Between 11,000 and 19,000 children have been killed, mostly by explosive weapons. In the first half of 2015, over 650 grave violations against children were documented, nearly three-quarters of which were killing and maiming.

There is no meaningful way to measure these losses. But we can measure the economic losses, a measure that gives us some insight into what life might have looked like for these children if there had been no war.